Where would you build a city?

During the first part of this term Year 4 will be researching ‘Where to build a city’.  The children will build on their knowledge of human and physical geography to explore the cities they like to visit and the cities within the North West.  The children will investigate the features of cities and the development of settlements.

As part of the topic we have been focusing on environmental issues within cities.  The children have been looking at pollution caused by transport and have undertaken a local experiment to find areas high in pollution.  The children chose three areas around the school and carried out a rub test on the railings in those areas.  Their results showed that the entrance railings at 30cm had the most pollution and inferred that it would be due to the exhaust emissions from cars.  They then used their knowledge to suggest how cities can reduce their pollution levels.

This week we have been examining the transport systems in and around Liverpool, including the motorway networks.  The children have used maps and map scales to work out the distance between Liverpool and Blackrod. 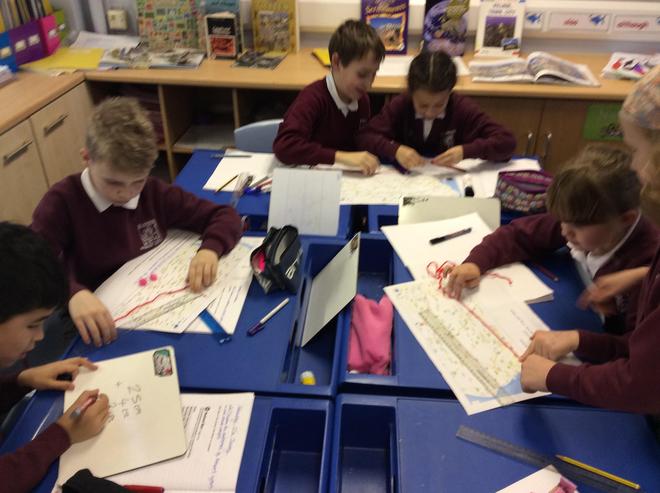 Year 4 have been learning about the development of Liverpool city.  As part of their investigation they have been exploring the trade links Liverpool had with countries around the world.  The children used an atlas to locate the countries on a world map.